The embankment in Pilling includes Lane Ends Amenity Area, where the following notice has been erected, which preserved the footpath out onto the marsh for the sole use of residents. 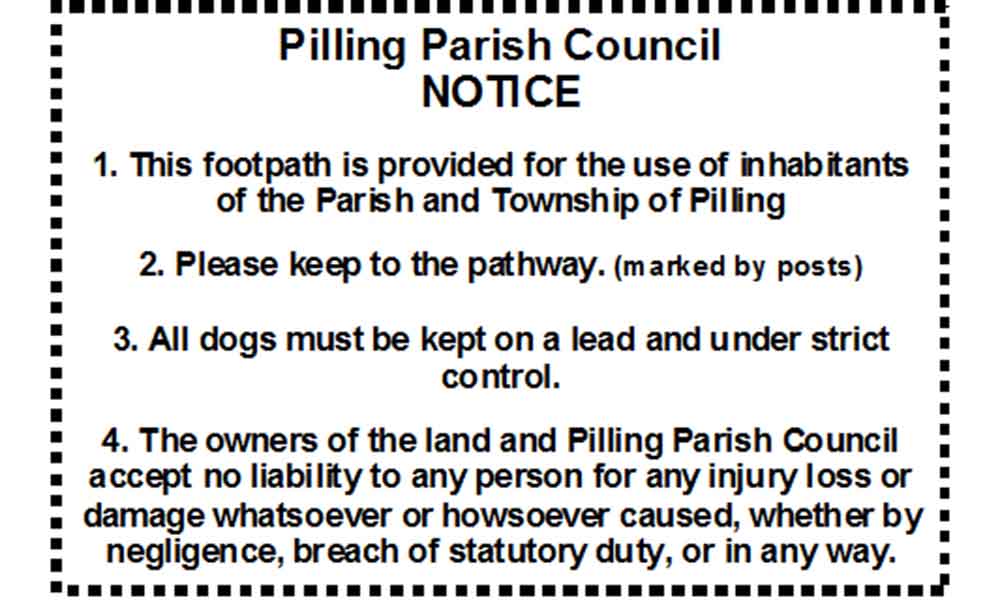 Lane Ends Amenity Area was created by the National Rivers Authority during the construction of the sea embankment between Fluke Hall Lane and Cockerham in 1981.

It is owned by the Environment Agency and maintained by Wyre Rangers from Wyre Council. The Amenity Area has two lakes and car parking facilities for visitors who often stay to enjoy the views of the Lune Estuary and out to the Irish Sea.

Looking across Pilling and Cockerham Sands is Cockersands Abbey founded by Hugh the Hermit choosing this lonely and often bleak spot to establish a monistic cell. A Premontratensian abbey was founded on the site in 1190, called St Mary's of the Marsh.

Lane Ends Amenity Area is used regularly to 'twitch' for the many sea birds feeding on the tides in the estuary. The site is protected as part of a Site of Special Scientific Interest and designated as a Ramsar Wetlands Area.